Skip to main content
It looks like you're using Internet Explorer 11 or older. This website works best with modern browsers such as the latest versions of Chrome, Firefox, Safari, and Edge. If you continue with this browser, you may see unexpected results.

Fallacies are fake or deceptive arguments, arguments that may sound good but prove nothing.

Ad Hominem Argument:  Attacking the person instead of the argument.

Appeal to Closure:  The argument that the issue must be decided so that those involved can have "closure."

Appeal to Heaven: Arguing that one's position or action is right because God said so.  As Christians, we believe God has revealed his will through Scripture, but we can still fall into this fallacy if we attempt to justify ourselves apart from what the Bible says.  Even if we are being consistent with Scripture, we may still be accused of this fallacy.

Appeal to Pity: Urging an audience to “root for the underdog” regardless of the issues at hand.

Appeal to Tradition:  It's always been this way, it should continue to be this way.

Argument from Consequences: The fallacy of arguing that something cannot be true because if it were the consequences would be unacceptable.

Argument from Ignorance: The fallacy that since we don’t know whether a claim is true or false, it must be false (or that it must be true).

Argument from Inertia: The argument to continue on as before because changing would be admitting that one is wrong and that one had sacrificed needlessly.

Argumentum ex Silentio: The fallacy that if sources remain silent or say nothing about a given subject or question this in itself proves something about the truth of the matter.

Bandwagon: The fallacy of arguing that because "everyone" supposedly thinks or does something, it must be right.

Begging the Question: Falsely arguing that something is true by repeating the same statement in different words.

Big Lie Technique: Repeating a lie, slogan or deceptive half-truth over and over (particularly in the media) until people believe it without further proof or evidence.

Blind Loyalty: Arguing something is right solely because a respected leader or source says it is right.

Blood is Thicker than Water:  Automatically regarding something as true because one is related to (or knows and likes, or is on the same team as) the individual involved.

Bribery: Persuading with gifts instead of logic.

The Complex Question: Demanding a direct answer to a question containing acceptable and unacceptable parts.  Example: "Yes or no: Have you stopped beating your wife yet?"  "I never beat my--"  "Just answer me: Yes or no?"

Diminished Responsibility: The argument that one is less responsible for an action because one's judgment was altered.  Example:  "I was high, so I shouldn't be fined for speeding; it wasn't my fault."

”E" for Effort: Arguing that something must be right, valuable, or worthy of credit simply because someone has put so much sincere good-faith effort or even sacrifice and bloodshed into it.

Equivocation: Deliberately failing to define one's terms, or deliberately using words in a different sense than the one the audience will understand.

Essentializing: A fallacy that proposes a person or thing “is what it is and that’s all that it is,” and at its core will always be what it is right now (E.g., "All ex-cons are criminals, and will still be criminals even if they live to be 100."). Also refers to the fallacy of arguing that something is a certain way "by nature," an empty claim that no amount of proof can refute.

False Analogy: Incorrectly comparing one thing to another in order to draw a false conclusion.

Finish the Job:  Arguing that an action or standpoint may not be questioned or discussed because there is "a job to be done," falsely assuming all "jobs" are never to be questioned.

Guilt by Association: Trying to refute someone's arguments or actions by evoking the negative ethos of those with whom one associates.

The Half Truth (also Card Stacking, Incomplete Information).Telling the truth but deliberately omitting important key details in order to falsify the larger picture and support a false conclusion.

I Wish I Had a Magic Wand: Regretfully (and falsely) proclaiming oneself powerless to change a bad or objectionable situation because there is no alternative.

Just in Case: Basing one's argument on a far-fetched or imaginary worst-case scenario rather than on reality. Plays on fear rather than reason.

MYOB  (Mind Your Own Business) Arbitrarily prohibiting any discussion of one's own standpoints or behavior, no matter how absurd, dangerous, evil or offensive, by drawing a phony curtain of privacy around oneself and one's actions.

Name-Calling: Arguing that, simply because of who someone is, any and all arguments, disagreements or objections against his or her standpoint are automatically  racist, sexist, anti-Semitic, bigoted, discriminatory or hateful.

Non Sequitur: Offering reasons or conclusions that have no logical connection to the argument at hand.

Overgeneralization: Incorrectly applying one or two examples to all cases.

The Paralysis of Analysis: Arguing that since all data is never in, no legitimate decision can ever be made and any action should always be delayed until forced by circumstances.

Playing on Emotions: Ignoring facts and calling on emotion alone.

Political Correctness ("PC"): Proposing that the nature of a thing or situation can be changed simply by changing its name.

Post Hoc Argument: Arguing that because something comes at the same time or just after something else, the first thing is caused by the second.

Red Herring: An irrelevant distraction, attempting to mislead an audience by bringing up an unrelated, but usually emotionally loaded issue.

Reductionism: Deceiving an audience by giving simple answers or slogans in response to complex questions, especially when appealing to less educated or unsophisticated audiences.

Sending the Wrong Message: Attacking a given statement or action, no matter how true, correct or necessary, because it will "send the wrong message." In effect, those who uses this fallacy are publicly confessing to fraud and admitting that the truth will destroy the fragile web of illusion that has been created by their lies.

Shifting the Burden of Proof: Challenging opponents to disprove a claim, rather than asking the person making the claim to defend his/her own argument.

Slippery Slope: The common fallacy that "one thing inevitably leads to another."

Snow Job:  "Proving” a claim by overwhelming an audience with mountains of irrelevant facts, numbers, documents, graphs and statistics that they cannot be expected to understand.

Straw Man: Setting up a phony version of an opponent's argument, and then proceeding to knock it down with a wave of the hand.

Taboo: Unilaterally declaring certain arguments, standpoints or actions to be not open to discussion.

Testimonial: When a standpoint or product is supported by a well-known or respected figure who is not an expert and who was probably well paid for the endorsement.

TINA (There Is No Alternative): Squashing critical thought by announcing that there is no realistic alternative to a given standpoint, status or action, ruling any and all other options irrelevant and any further discussion is simply a waste of time.

Transfer: Falsely associating a famous person or thing with an unrelated standpoint.

Tu Quoque: Defending a shaky or false standpoint or excusing one's own bad action by pointing out that one's opponent's acts or personal character are also open to question, or even worse.

We Have to Do Something: Arguing that in moments of crisis one must do something, anything, at once, even if it is an overreaction, is totally ineffective or makes the situation worse, rather than "just sitting there doing nothing."

For more in-depth discussion of these fallacies, refer to http://utminers.utep.edu/omwilliamson/ENGL1311/fallacies.htm 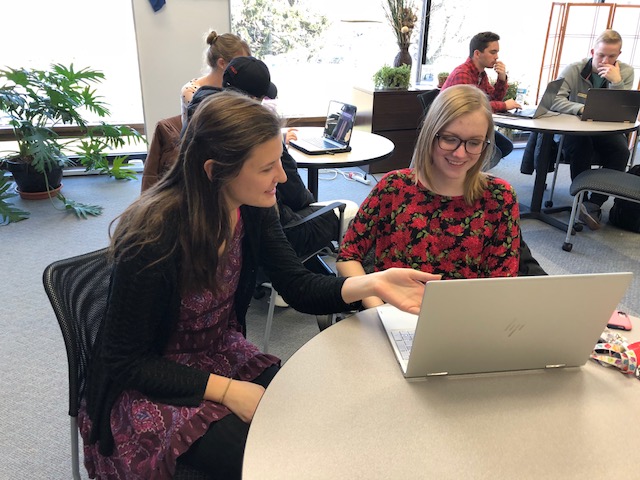 I'm trying to think critically, but I'm a frog 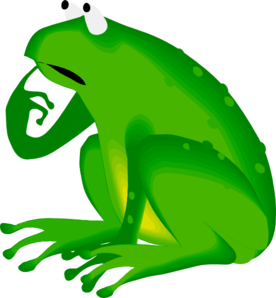